The Benefits of Exposing Children to Multiple Languages.

We’re integrating more Spanish immersion classes into our largest Atlas campus -Atlas Gabriel Park- and intermingling between the Spanish and French language cohorts is one of the most beneficial and desirable byproducts of this confluence of languages!  After all, at the core of Atlas’ mission and guiding principles is creating meaningful (intercultural) connections.   With this increased exposure to a second language (the program language choice), and potentially a third language (either French or Spanish), parents sometimes wonder if their children will become confused by the extra language input.  While parents of children with significant language delays may choose to consult their speech pathologist to determine the best route for their child, almost all children will thrive in multilingual environments.

For a bit of perspective, the United States remains comparably unusual in that the majority of children still grow up in monolingual environments, and 75% of Americans are monolingual (https://www.mnn.com/lifestyle/arts-culture/stories/9-of-the-worlds-most-multilingual-countries).  The prevailing norm in many countries of the developing and developed world, however, is that children hear different languages throughout the day as a part of their normal everyday routines.  In a sense, they are enrolled in true language immersion whenever they go to Grandma’s house, interact with teachers at school, or listen to the different languages of neighbors or shopkeepers as they go about their normal everyday activities.   The question of whether or not a child will be confused by the variety of language input isn’t a “luxury”, nor a dilemma to debate, in most places in the world.

For two months, our four children had the opportunity to attend a French immersion track at a French & English immersion school in Nha Trang, Vietnam.  Observing how the students in the school transition from early childhood programs, which are far more fluid linguistically, into elementary and middle school programs, where intermingling between language cohorts takes place at recess and outside of school only, proved remarkable and insightful for Jarod and I (who are admittedly, and proudly, “Language Nerds”).

When I brought cupcakes to school for Gwendolyn’s 3rd birthday, I relished the experience of being a “fly on the wall” in the linguistic melting pot of the classroom of 20-some 1 ½- 3 ½ year olds.  When I arrived, the children were happily dancing to a French nursery rhyme, led by the French-native teacher; after a few minutes they switched gears, teachers, and languages, to return to the English immersion environment with the Australian

teacher.  The three assistants in the classroom were all young Vietnamese women with conversational English skills, who seemed to use a mix of English and Vietnamese with the children.  During free play time, the blond-haired blue-eyed Russian girl, Vassilisa, approached me and (I can only presume) asked me all sorts of things about the puzzle pieces she was holding (I don’t speak Russian).  Other children, from China, Korea, Vietnam, France and Russia (and lots of biracial/bicultural children) danced and played and toddler-spoke amongst each other and with me.  Not sure which children would continue in a French immersion track or an English immersion track, I stumbled over my words to address the friendly kids in either French, English, or very limited Vietnamese.  They seemed unphased and utterly comfortable in this linguistic mix.  After all, their needs were being met, they were cared for with love, smiles, language, music, and being surrounded by many languages is the norm in Nha Trang, Vietnam.

I hope this anecdotal stor

y serves to illustrate a beautiful aspect of mixing different linguistic groups in a loving and attentive care setting, and to ease any potential worry or misunderstanding regarding young children and multilingual environments.  I find the information in this US Foreign Service article useful food for thought for parents of immersion students as well, and I hope you’ll glean some more helpful information as well: https://www.afsa.org/raising-multilingual-children-foreign-service  Ultimately, we all know that as parents and educators, we play a valuable role in setting the foundation for our bilingual or multilingual learners during a key time of development.  While language input should ideally be appropriate, engaging, authentic and useful, we can rest assured knowing that the notion of “more (languages) is better” does apply to the linguistic setting of young children. 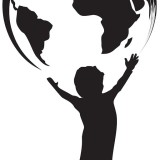